Bingo is so widespread that chances are you’ve already played it as a child. At the time, you were probably led to believe that the game is one of chance, however at bingolinerbonus.com we uphold that serious bingo players rely on advanced strategies – such as mathematical expectations – to improve their odds. In this article we will go over the game’s basics to set you on your path towards success.

The ground rules for online bingo are mostly the same as for traditional hall bingo: players use bingo cards which feature five columns of five squares each (5×5 grid); each square contains a number selected randomly from 1 to 75, with the exception of the middle square also known as the free space. Every time a number is called, players mark the corresponding square. The first person who completes a predetermined pattern of marked numbers and calls “bingo” wins, then goes on to collect his or her winnings. 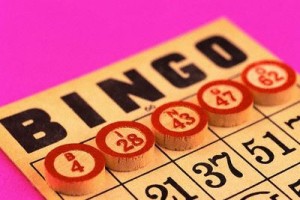 Please be aware that while the above-mentioned version (also known as cover-all) is the most widespread, there are several types of bingo games such as four corners, diamond, winner’s circle, cross, Halloween bingo, Valentine’s Day bingo, etc. The good news is that they are all fairly easy to master, since the game principle remains the same.

Should I play online, or go to a traditional bingo hall?

At bingolinerbonus.com we believe that Internet-based bingo offers several advantages over traditional hall bingo. The most obvious perks are:

► Better availability: most bingo websites are open 24/7, so you may play at your convenience;

► Improved comfort: you could be playing from your laptop in bed, as opposed to sitting on an uncomfortable chair in the back of a large room;

► Lack of noise and cigarette smoke.

Based on our experience, these perks allow players to stay more relaxed, but also more aware, which improves their performance. END_OF_DOCUMENT_TOKEN_TO_BE_REPLACED