Bingo is a great game; the thrill of the occasional win matched with the social aspects can make for a lot of fun. But for some it just isn’t enough. Perhaps you’re yearning for something you can win at just a bit more often, or for bigger prizes or a greater challenge. The answer lies in online poker. Poker online has experienced massive growth in the last fifteen years and remains incredibly popular with millions enjoying playing regularly across the globe.

The most popular form of poker online is of course Texas Hold’em which is loved by many for being easy to pick up but with plenty of opportunity for skill to shine through. You are given a hand of two cards and you have to either have the best five-card hand at the end or get the other players to fold to win a pot. There are 5 community cards which anyone can use to make their five card hand and four betting rounds. 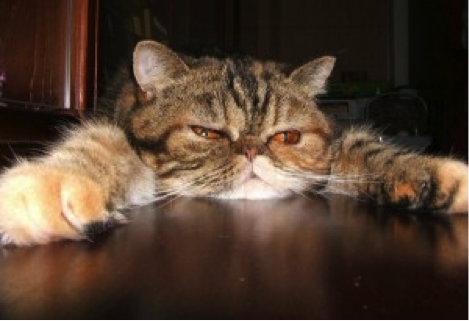 The betting rounds come pre-flop (before any community cards come out), on the flop (three cards are put down), on the turn (one extra card) and on the river (the fifth and final card comes out). After the final betting round the players reveal their hands and the best hand wins. Texas Hold’em is easy to pick up but rewards the careful and thoughtful player with more than their share of wins! When you’re getting started playing poker online you can either choose to play for free or for low stakes so you needn’t risk a lot of money.

To get started you’ll first want to sign-up at one of the best real money online poker sites. Over the last few years many countries have introduced new legislation governing online poker. This means those poker sites still running are doing so because they are legitimate. Beginner players are advised to start at a large poker site where they will find many other beginners to play against.

When choosing a site one of the most important things to look out for gratis bonuses they give. Titan Poker for instance will award you a whopping $20 gratis bonus just for signing up, plus another free bonus that matches your first deposit, and will be released over time as you play. Every new player should make sure they are taking advantage of this – it’s free money!

Many bingo players wonder if they can cut it playing a skill game like Texas Hold’em but the truth is that many people playing online poker today do so just for the fun and to gamble. In some lower-stakes games you’ll see people who push all-in before the flop to reduce the skill element – in fact these players are often referred to as “bingo players”! If you enter a game with a passion to improve then you can certainly do well and just like bingo, don’t bet more than you can afford. Concentrate on having fun and you’ll soon improve.

Sharpening your poker game is a goal that numerous layers to it. The first layer is that you must have the theory of poker completely understood. If you don’t know everything going on in the game, you aren’t going to be able to take on the sharks. You can play Texas Hold’Em poker all day long betting from the gut, but you’re not going to make very much money. Maybe you’ll get lucky and only play against fish, but if you want to play any type of real poker player, you’re going to have a rough time. They could end up taking all of your chips and that would just be a bad thing, because you’d be out of that money very quickly, probably way more quickly than what you’re ready for. 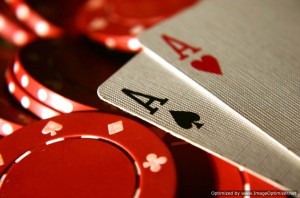 On the other hand, if you were to figure out how to master the sharks and really start getting extra money into your accounts, then you have to get into the psychology of people, not just theory. You have to figure out when someone is bluffing and when they aren’t. You also need to look at the type of player that everyone is. If you’re going against super aggressive players, you’re going to need to adopt a different playing style than if you’re going be playing against incredibly loose players. Going all in at the wrong time can definitely cost you money as well, which is why it just pays to actually think about you make that decision.

Overall, it’s a great time to play texas holdem poker, and there are plenty of opportunities to run with the sharks…making money the whole way through!